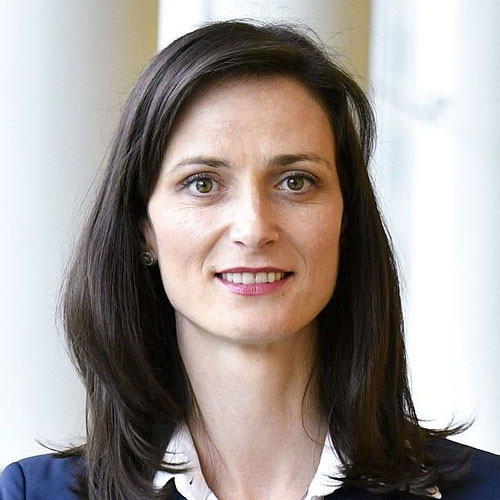 Since November 2019 she is the First Vice-President of the European People’s Party (EPP).

She was the European Commissioner for Digital Economy and Society from 2017-2019 and the Vice-President of the EPP Group in the European Parliament from 2014-2017.

Mariya Gabriel was a Member of the European Parliament, EPP/GERB (Citizens for European Development of Bulgaria) from 2009-2017. Since 2012, Mariya Gabriel has served as Vice-President of EPP Women. Prior to this she was Parliamentary Secretary to MEPs from the GERB political party within the EPP Group in 2008-2009.

She is part of project teams, such as Digital Single Market, Energy Union, Better Regulation and Interinstitutional Affairs, Budget and Human Resources, and Jobs, Growth, Investment and Competitiveness.

As a member of the project teams, her responsibilities include launching ambitious proposals for the completion of a connected Digital Single Market, supporting the development of creative industries and of a successful European media and content industry, as well as other activities turning digital research into innovation success stories.