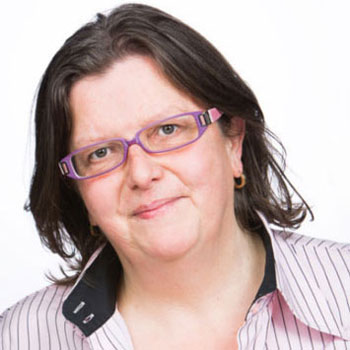 Lucie Evers is a social entrepreneur, a consultant in cooperative entrepreneurship and a marketeer. She
is the co-founder of Partago – a Flemish Electric Car Sharing Cooperative – which facilitates car sharing in
seven locations in Flanders. The success of Partago led to the development of another initiative of which
Lucie is also a co-founder – The Mobility Factory – a European Cooperative of cooperatives.

Lucie previously co-founded several cooperatives such as ‘De Natuurfrituur’ – a social enterprise running
a catering service, food trucks and providing vocational training and job experience to former prisoners
and people on welfare. Lucie also co-founded ‘Lokaliteit’ – another food coop owned by young chefs with
an interest in serving sustainable and healthy food. Lucie has also previously worked both for NGO’s and
corporates as a Marketing Consultant, Sales Manager and in ‘education for sustainability’ giving
workshops and training to a diverse group of stakeholders.
Lucie takes a special focus on social justice and fair wages and also works as a coach for young
entrepreneurs interested paradigm shift and systemic change.