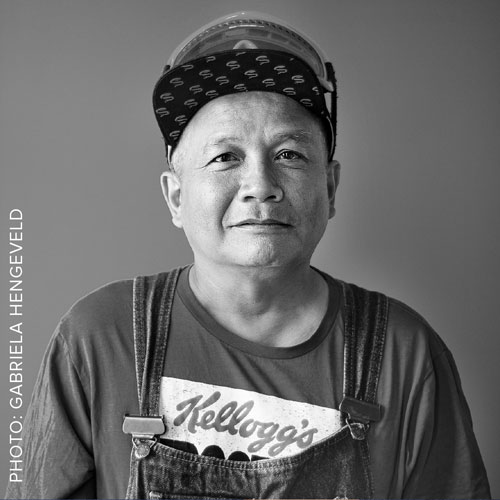 Sjarrel de Charon (the Hague, 1962)has lived and worked in Amsterdam, London, and Berlin and has respectively studied social sciences, history of art and archeology, political science and German history.

From 10 July 2017 until 28 February 2018 he worked as a Dutch speaking content moderator for Facebook and Instagram, outsourced to Arvato Bertelsmann in Berlin, Germany. A total of 600 people were working in Berlin at the Horizon Project as it was officially named when Sjarrel was employed there serving numerous markets (languages). From Dutch to Thai, from Arabic to Hungarian.

His ‘testimonial’ about his experiences as a content moderator were first published in the Dutch national newspaper ‘de Volkskrant’ in 2018, followed by a radio documentary on Dutch public broadcasting network NPO and finally in a book ‘De Achterkant van Facebook’ published in May 2019 at Prometheus Publishers. Sjarrel is currently in Berlin working for Biergarten, which “suits him fine”.