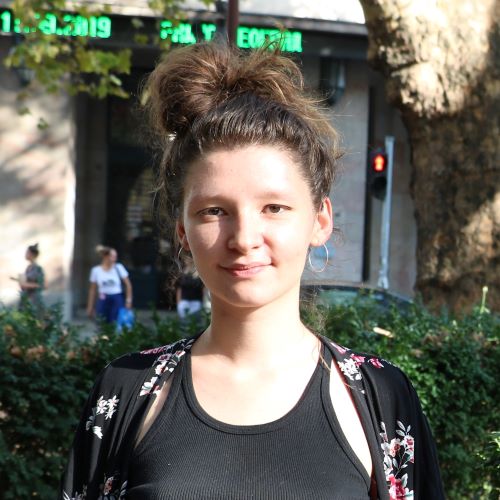 Iva Tomic has been a part of the Public Policy Research Center since September 2018, first as an Intern and later as a Research Associate and Coordinator. She holds a BA degree in Humanities, the Arts and Social Thought from Bard College Berlin (former European College of Liberal Arts) with a double major in Ethics and Politics and Arts and Aesthetics.

Having graduated on the topic of Plato and the possibility of a truly good social order, she returned home to Belgrade with the idea to move away from the theoretical and learn more about the practical world of policy making. Considering that most of her peers, herself included, increasingly find themselves either in new and yet undefined working relations, or in the process of leaving the country in search of better employment chances, the future of work in Serbia and the region is a topic close to her heart.