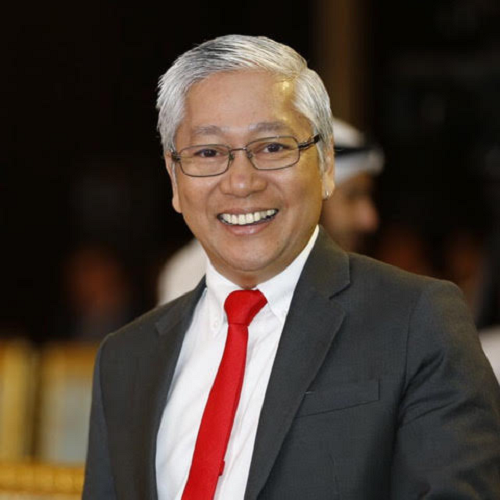 Ambet Yuson was elected as General Secretary of the Building and Wood Workers (BWI) during the 2nd World Congress in Lille, France 2009. He started his work with the International Federation of Building and Wood Workers (IFBWW), BWI predecessor, in 1997 as the National Project Coordinator in Philippines and was instrumental in the formation of the National Union of Building and Construction Workers Union (NUBCW), the first construction industry union in the country. Ambet as he is fondly called, has worked his way up the ranks. He held several other positions in IFBWW and then BWI before becoming General Secretary; as Asia Pacific Regional Occupational Safety and Health Officer (2001), Education Secretary (2002) stationed in Geneva and Regional Representative of BWI Asia Pacific Region (2007). During this time, he elevated union strategies in the global arena such as health and safety as an organising tool, organising migrant workers, linking sports and human rights, building youth activists network and women empowerment. These strategies have shaped BWI’s global strategic plan under his leadership and, as BWI General Secretary he has been the chief architect of transforming BWI into a global campaign and advocacy organisation. Since 2009, Ambet has led the BWI campaign on labor rights in mega-sporting events, including the FIFA World Cup and Winter and Summer Olympics. His solicitude for the welfare of migrant workers has driven his leadership in Qatar, the host nation for the 2022 FIFA World Cup where he developed innovative organising strategies and represented migrant construction workers in the BWI-SCDL agreement on Health and Safety Joint Inspection. Ambet was a member of the FIFA Human Rights Advisory Board (2017-2020); and is a Member of the Advisory Council of the Center for Sports and Human Rights as well as Chair of the Council of Global Unions (CGU) Migration Working Group.